People love inspiring quotes, but they should not. They get shared widely because they seemingly resonate with millions, but this widespread regurgitation only works if the quotes have been stripped of all their original context. This gives the listener an opportunity to indulge their preferred emotions whenever they hear such a quote. All it takes is a deliberate change of the context and what was previously inspirational becomes foolish, wrongheaded, or menacing. Either you accept the truth of this observation, or you need to be smashed in the face by an actual example of what happens when a cynic changes the context of an inspirational quote. So here is a quote by famous aviator Amelia Earhart, which I took from one of the many sites that exists only to spread such flotsam. This time the quote is superimposed on a photograph of the skulls of some of the many victims of the Khmer Rouge. 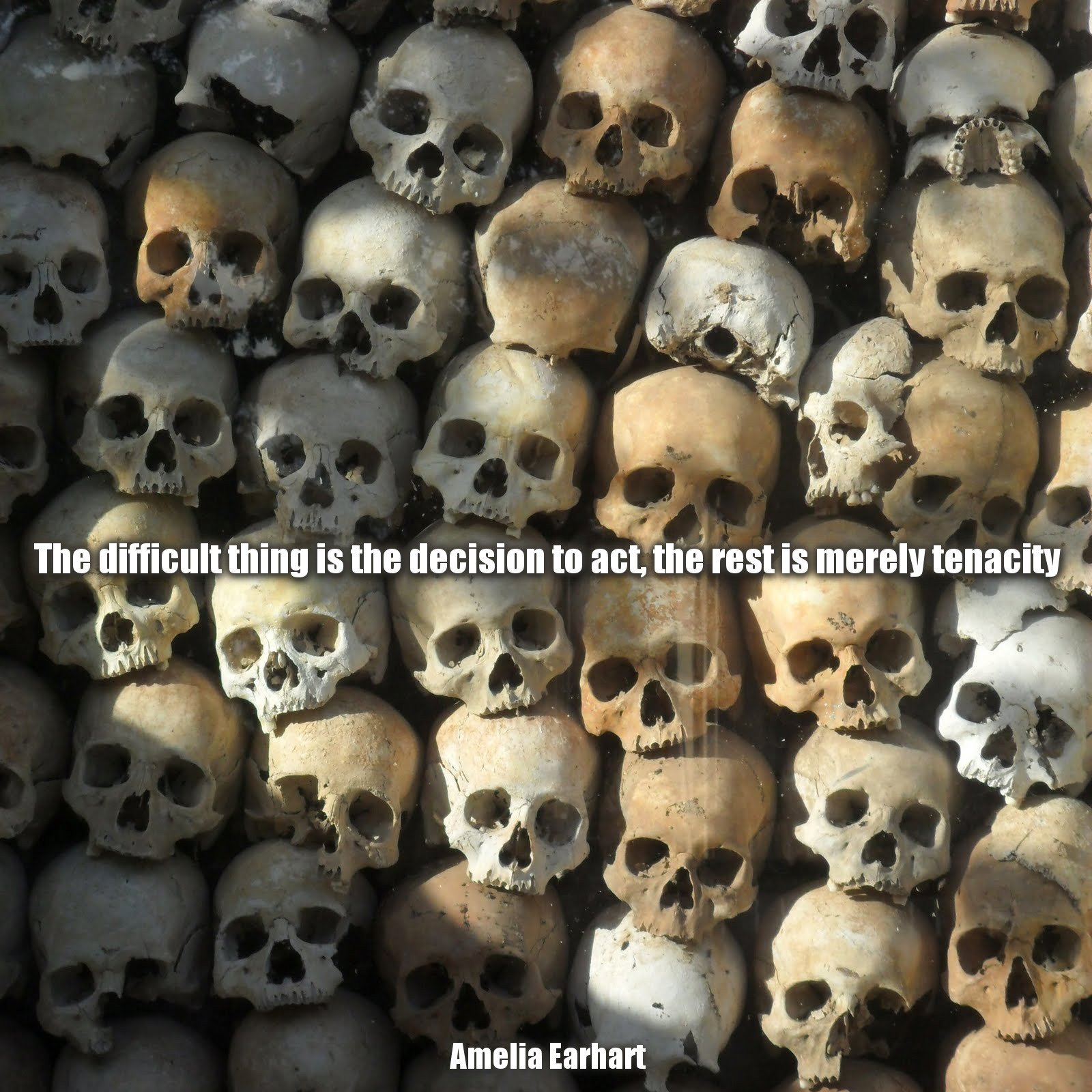 And if that was not a sufficient jolt to wake readers from their complacency, here are some words by Henry Ford, which were also being distributed by the purveyors of the supposedly inspirational.