Recently I have been accosted by a glut of radio adverts encouraging me to call the “anti-terror hotline” if I see anything suspicious. Anything suspicious? According to the ad, suspicious activity includes people taking photos and loitering in public places. In other words, the kind of thing you see every day. Of course, the point is that I should have the common sense to tell the difference between a probable family photo and possible military reconnaissance, which rather begs the question of how the person down the far end of the line can help me tell them apart. No mention is made of skin colours or any other characteristics of suspicious people. The listener is left to decide for themselves whether an elderly blonde Scandinavian woman should be treated with the same degree of suspicion as a young adult asian. 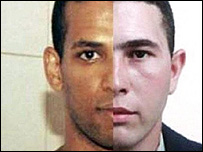 Now, I do not know about you, but I am pretty sure I have never seen anything suspicious that might fit into the “potential terrorism” category. I am not saying that nobody else has; obviously some people must sometimes see suspicious activity because terrorism does happen. However, I am bamboozled by the idea that setting up a hotline might lead to more useful info on terrorism, as opposed to an awful lot of crank calls. For a start, what did people seeing suspicious activity do before there was a hotline? Did they just shrug shoulders and decide not to report it to anyone? “Ah, darn it, it looks like that guy is building some kind of bomb in his cellar. I just wish there was some specialist phone line so I could tell someone about it and stop him before it is too late.” So who is the hotline aimed at? Presumably it is aimed at people who struggle to distinguish a genuine cause for concern from paranoid fantasy. Which leads to my next point. Who would set up a phone line, available all day and all night, just to have to separate out a few useful leads from a deluge of demented ravings? It turns out it is London’s Metropolitan Police, the same people who shot Jean Charles de Menezes in the head because they could not tell the difference between an unfortunate Brazilian student riding the underground and a terrorist suspect that looked vaguely like him. So vague was the similarity, that even after the Met touched up the picture I still see more in common between James McAvoy and Keira Knightley than between these two men.

Reading the Met Police’s webpage about the hotline, I note that it reinforces the message on the radio ad, by insisting that the hotline is staffed by “specialists”. What kind of specialist sits behind a desk waiting for a phone to ring? Presumably not junior James Bond’s and Jack Bauer’s just straining at the leash to go out and do some real field work. Nope, it must be the kind of specialist you find in every other call centre on the face of the planet. This kind of specialism = 2 weeks on an induction course + the ability to read scripts from a screen. At least I hope so. If the call centre staff are very good at distinguishing real terrorism from a lot of hooey then perhaps they should be the ones running around with the guns instead of the guys that shot de Menezes. Or perhaps it is the other way around. This might be a comfortable “desk job” for everyone who screwed up and contributed to the shooting of an innocent man.

I do hope that the call centre staff have some decent scripts to read from, because some of the signs of suspicious behaviour described by the website are pretty laughable. Here are a few examples:

Presumably this question is aimed at people who normally have no objection to credit card fraud, but think fraudsters should draw the line at funding terrorism…

Tourists had better stop taking photos of the changing of the guard at Buckingham Palace. Or at any tourist spot that might also serve as terrorist target.

Computer – Terrorists use computers. Do you know someone who visits terrorist-related websites?

Visiting a website is hardly rock-solid evidence that somebody is a terrorist. And does the Met’s anti-terror website count as a terrorist-related site? This encourages people to draw no distinction between someone who sympathizes with terrorism and somebody who actively supports terrorism. We may not like somebody’s sympathies, but that does not make them criminals.

Suitcase – Terrorists need to travel. Meetings training and planning can take place anywhere. Do you know someone who travels but is vague about where they are going?

Imagine Valentine’s Day in future years – any plans to surprise your other half with a romantic break abroad might lead to a conversation with the Met! This suggestion is a mandate to be nosey, and any smart terrorist can easily avoid being “vague” by simply telling bare-faced lies about where they are going!

Padlock – Terrorists need storage. Lock-ups, garages and sheds can all be used by terrorists to store equipment. Are you suspicious of anyone renting a commercial property?

Police took a gentleman by the name of Arthur Daley into custody yesterday, and are still looking for his accomplice, known only as the “Minder”. They are also keen to locate the whereabouts of a Derek “Del Boy” Trotter, normally resident in Peckham…

If the idea of an anti-terror phoneline had me doing a mental cartwheel, I was launched into full somersaults when I saw that there is an on-line webform to share your terrorist suspicions. Thankfully, the police have thought this one through with the help of their lawyers. In order to send a message, you have to tick the box saying you agree with the following statement:

I confirm that this form is not being used to report something that needs urgent police attention.

Come again? So suppose somebody submits the form anonymously, sends information that is urgent, and ticks the box? Presumably the Met are in the clear because, legally, they are not to blame if the email sits in an inbox for 72 hours before somebody reads it. And exactly what kind of terrorist activity needs to be reported, but does not require urgent attention? The only kind of report of terrorist activity that does not need to be acted on urgently is the report of unsubstantiated gossip, tittle-tattle and scaremongering.

The problem here is that, without any sense of irony, the Met Police would like to rely on everyone to use their common sense, but then assumes nobody has any. Of course, the real common sense would be to deploy all available resources on fighting terrorism, and not to waste them advertising the fact that you are fighting terrorism. But given the Met supremo’s penchant for spin over substance, as revealed by the de Menezes fiasco, it is no surprise there is a preference for gaudy publicity over quiet, but conscientious, policework.