Yes, you did read the title correctly. We live in an era where we never hear the end of complaints when someone airbrushes an old photo of an Italian actress for a poster or when Google neglects to show Palestine as being separate from Israel on its maps but nobody cries foul when somebody digitally removes all the wine glasses from a photograph of Tim Farron MP, Leader of the Liberal Democrats. Even though people should complain, as this is a much more serious rewriting of history than pretending a curvy woman was slightly thinner than she really was. I can understand why Stalin erased Leon Trotsky from photographs but what nefarious left-liberal progressive goal is furthered by pretending that Tim Farron would not stand in front of a shelf of empty wine glasses? Especially as the pic of Tim Farron standing in front of the empty wine glasses is used by Tim Farron for his Twitter profile? And what do the academics at Cambridge University have to say about the implications for journalism and ethics? 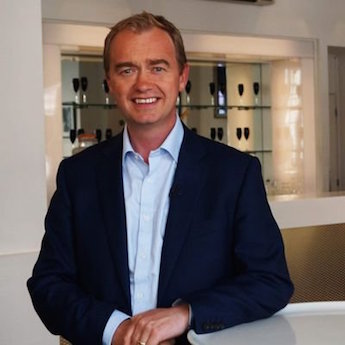 This is the photograph that Tim Farron has cropped and uploaded to his Twitter profile. Take a good look at the blue-coloured glasses standing on the shelf behind him, sadly neglected in a fashion that Charles Kennedy would never have approved of. These glasses hardly make for the best background for a photograph but I suppose the Leader of the Liberal Democrats cannot afford to be fussy.

Now look below at the photograph tweeted by Cambridge Judge Business School, the business school of the University of Cambridge, when Farron went to visit them. In case you are wondering if this is just a similar photo but taken after they moved the glasses, you should look carefully at the polished white surface to the right of the shelves. You can see the reflection of the glasses upon that surface, just as you can with the unaltered original. 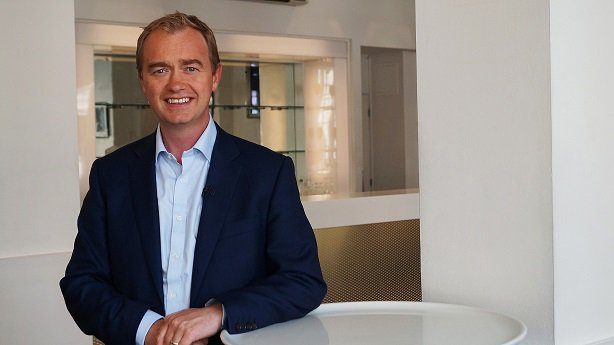 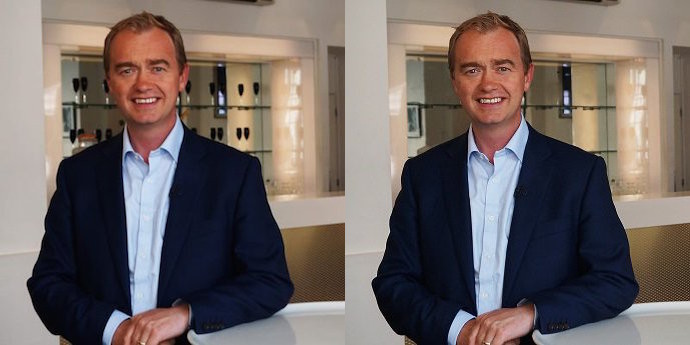 If you are still not convinced by inspecting the two photographs side-by-side then behold the effect when they are identically cropped, superimposed upon each other and turned into an animated gif! This proves beyond doubt that some nitwit thinks wine glasses are as unwelcome in our society as the fulsome bottoms of Italian ladies. If so, then I will gladly offer sanctuary for both, regardless of my views on Brexit.

How do I know Cambridge University photoshopped the image? Because they not only tweeted the manipulated image presented above, they also used it in their articles describing Farron’s lecture (see here and here). Googling the image reveals the original uncropped version at Mumsnet but only Cambridge University uses the alternative version that removed the wine glasses.

I have a theory that might explain why Cambridge University has purged the wine glasses. Writing about Farron’s visit, an anonymous Cambridge hack claimed:

Cambridge is the biggest and most diverse eco-system in Europe, and collectively it has a strong voice â€“ there is no doubt it is in a perfect position to help shape a positive future for Britain â€“ post Brexit.

Will the loss of EU funding force Cambridge University to recruit more overseas students, perhaps from the Middle East? That would explain their Shariah-compliant version of political debate. We can only hope their maps of Palestine are also in order.