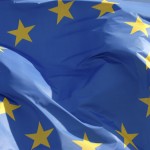 Brexit has upset a lot of people. They not only lost a referendum, but they feel like they are personally lost. They no longer recognize the country they live in, they do not know their neighbours, their future is ruined, they are alienated and frightened and angry and despondent. If you are one of those people, I have some advice for you. You are reeling from the impact of a decision made by your fellow Brits, but you can turn your negative emotions into positive action that will make you feel much better about yourself, whilst securing your rights as a citizen of the European Union. And you should act now, because this opportunity will not last forever!

You could go on Twitter, or Facebook, or a petition website, and so use the internet to vent some spleen. That might make you feel better for a little while, but it is not going to change anything. Any people you abuse have been insulted before; that strategy did not work. If anything, years of venom and vitriol have hardened the supporters of leave, making them much more stubborn than you. And no matter how many people sign a petition, no government is going to want to rerun that referendum soon, and they certainly will not retrospectively change the rules so the side that clearly won is reclassified as the losers instead. So please do not waste your energy on such hopeless shenanigans. You will only depress yourself and annoy other people. If you feel deeply about preserving your right to move freely around the EU, to work in other EU countries, to be protected by the European Convention on Human Rights and all the other rights that come with EU citizenship, there is one very simple and effective solution. You should move to another country in the EU.

Despite the referendum result, the UK has not left the European Union yet. That will take a while. In the meantime, you can pack your bags, pass through the open borders, and make yourselves a new life in one of 27 countries that have not recently voted to leave the EU. And if none of those 27 countries appeal to you in the long run, there are more countries that will join in future. Just pick one of the 27 countries currently available, live there, and secure your right to exercising even greater choice in future. It is so easy! After all, unskilled workers from poorer countries come to Britain in large numbers, so every wealthy, educated, remain-voting Brit must be able to move the other way.

It is understandable that many of you feel the people in other European countries are wiser, kinder, more sophisticated, more intelligent, better informed, less bigoted, less racist, and more tolerant than your fellow Brits. All those Europeans you interact with on holiday, or via the web, are much much nicer than people who live in godawful towns in the English North that you will never visit, even though nobody has put a border control in your way. On that basis alone, it seems you would feel more comfortable in the company of other nationalities. But also many of you believe the EU benefits by being a massive trade bloc that grinds down African nations, whilst Britain’s economy will inevitably flounder outside. After all, many wise economists and big investors predict decades of financial hardship for Britain, even though they wrongly predicted the referendum result just the day before, causing them to lose billions betting the wrong way. So what are you waiting for? Get out now! Leaving the UK behind will definitely make you happier, and will almost certainly make you richer too! What could possibly go wrong?

If you truly believe the EU is so wonderful, it is clearly better that you move to a country that really wants to be in the EU than spending years in a country which has grumpily chosen to be outside. Get a job in an EU country, and look forward to increased prosperity relative to the chumps who stayed behind in Britain. Old friends will be envious when you come back to visit, as they will witness how much you can buy with your euros compared to their crappy pounds. You believe those countries are much more welcoming of outsiders than the UK, so why would you doubt your right to live in them permanently, even after Brexit is concluded? After a while you can apply for citizenship, and they are bound to accept you with open arms. As the Germans and other European nations love refugees so very much, imagine how glad they will be to see you! If anyone questions your right to live in their country, just say you were in danger of having your human rights violated, and surely no European will argue with that. They will all know about the ignorance and bigotry you had to escape. After all, you were one of the thousands who repeatedly warned your fellow Europhiles about how awful most Brits are!

Of course, you will likely face a few inconveniences whilst you are settling in. You will need new plugs on your electrical goods, because our cunning European cousins do not believe in imposing such high safety standards on their appliances. If you get into legal difficulties, you will need plenty of money for lawyers; the UK spends far more on legal aid than other European nations. Perhaps you will find getting a job a little harder than expected, because of all those national rules and regulations that actually exist but nobody warned you about during our great referendum debate. You may live longer, but you may also pay more for medical treatment; the UK is way ahead of other countries by having healthcare that is 97 percent funded by the public purse.

Morally and culturally you may also find our European cousins are not as admirable as you might like. The Netherlands, Denmark, Luxembourg and Sweden give more foreign aid than the UK; everyone else gives much less. Britain has the toughest laws to prevent cruelty to animals, reflecting a significant difference in national attitudes. The UK has least road deaths; Brits are careful about such matters. And obviously you will no longer be entitled to watch the BBC at a rate subsidized by other British taxpayers, though you could still listen to its world service for free.

And there could be other downsides to moving to another EU country, depending on who you are and where you go. Apparently some feared Brexit because it would be bad for women; I hope they never have to pursue a rape trial in Italy or join the New Year’s party outside Cologne central train station. Others worried about the impact of Brexit on the LGBT community. Those people should not move to any of the 11 EU countries that say same-sex marriage is against their constitution, and they should definitely avoid gay pride marches in Hungary. Supporters of Brexit were said to be racists, so those fleeing prejudice should keep well away from the banlieues of Paris, or else experience ghettos used to systematically exclude non-whites from the workforce. And on the topic of work, young Brits angry about losing their ‘right’ to work wherever they please may want to enquire why 50 percent of young Greeks and 45 percent of young Spaniards are not working where they would like to.

So please go. Leaving the UK will have a few drawbacks but nobody is stopping you. The time for talking has passed; now is the time to act. If you believe the European Union is fundamentally superior to a Britain which prefers to be outside then you must move in order to secure your place in the EU. That is a much more realistic choice than insisting other Brits must give up their democratic rights to please you, not least because actions speak louder than words. The door to the EU is still wide open, and there is no point in demanding a right if you never intend to exercise it in practice.

If you choose to stay in Britain, please do not repeat that hoary old clichÃ© about staying to fight for your country. That would imply you have respect for the people of Britain. Some currently show no respect for the majority that has dared to disagree with them. If you decide this country is not so bad after all, and you would rather get along with your fellow Brits, then I recommend you stay. Despite some increasingly disturbing caricatures, the British people are generally very tolerant. They will show you decency and listen to your point of view if you treat them the same way. So if you want to remain in Britain, let us move on from recent nastiness. Let us settle on our new course and work together, making Britain the best possible country for everyone who lives here.